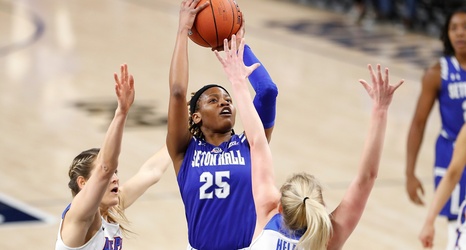 Mamukelashvili finished the game against DePaul with a double-double, leading the team in points with 25 to go along with 11 rebounds and four assists.