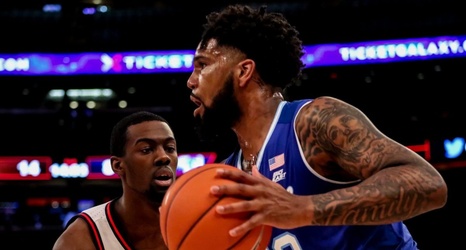 Another game, another come from behind victory for Seton Hall.

Three days after turning in its cleanest performance of the season against Butler, it looked like the turnover bug was going to get the best of Seton Hall against St. John’s at Madison Square Garden. The Pirates turned the ball over 15 times in the first half and trailed 43-30 at halftime.

In typical Seton Hall fashion, it refused to go away without a fight. The Pirates put their first-half turnover issues behind them and took advantage of clutch play from Myles Powell to pull out an 82-79 win.