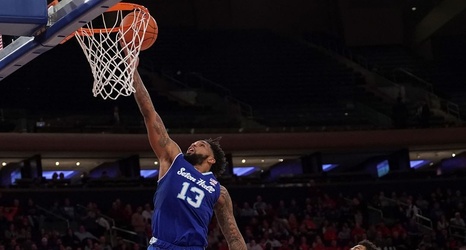 In one of the program’s best regular season performances in recent history, there were many standout players that played pivotal roles for the Pirates to earn their co-championship.

Myles Powell was, of course, the star man of the team as he earned 2020 All-Big East First Team and Big East Player of the Year honors amongst many other prestigious accolades. Quincy McKnight, Jared Rhoden and Sandro Mamukelashvili became influential players on both sides of the court as they became the supporting cast Powell was missing last year to help push Seton Hall to new heights. Romaro Gill’s defensive solidarity was huge for the Pirates at several points throughout the season, and the numbers show it.