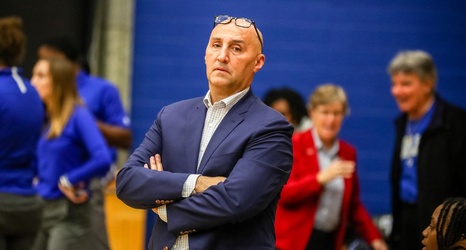 As the most decorated head coach in the history of William Patterson men’s basketball, Rebimbas has been around the game his entire life. Starting as a player for Seton Hall, when the Pirates made their only Final Four appearance in program history, Rebimbas always wanted to return to Seton Hall.