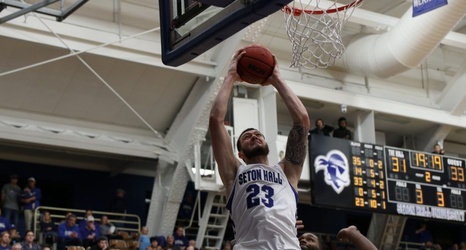 Heading into the Seton Hall and Michigan State affair on Nov. 14, all eyes were on preseason All-Americans Myles Powell and Cassius Winston.

After Nov. 9, however, the rhetoric has changed. Powell is likely sitting out the contest against the No. 3 Spartans due to an ankle injury suffered in the early stages of the game against Stony Brook. Powell stepped on the Seawolves’ Andrew Garcia’s foot driving to the hoop and then subsequently landed hard on it after coming down from the rim. Powell exited the game with the team trainer and did not return, and the initial prognosis from Kevin Willard was not good for his star player.