No Powell, No Problem: Seton Hall finds a way to defeat Stony Brook without its star 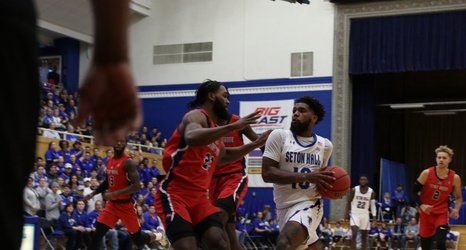 Powell was forced out of the game after just three minutes with what head coach Kevin Willard called a “pretty good ankle sprain.” The severity of the injury is uncertain – teammates said Powell was walking around and moving in the locker room, but Willard warned of a “prolonged” absence of “more than one or two games.”

That all but rules out the preseason All-American against No. 1 Michigan State, a crushing blow to a team that struggled to find its feet without Powell on the floor.