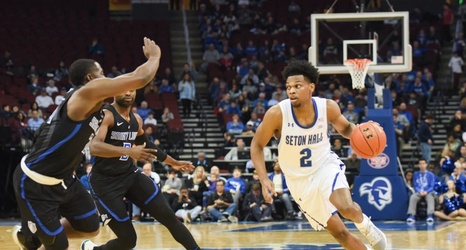 For Anthony Nelson and Jared Rhoden, there is no room for a “sophomore slump” heading into this season. Seton Hall is no longer the underdog team from last year; they are the early front-runners to win the Big East and potentially claim a Big East championship title that just alluded their grasp in last year’s final. For the Pirates to reach that pinnacle again, however, Rhoden and Nelson will have to build upon their momentums from freshman year to improve their productivity on the court.

Rhoden has started the season strong, hitting double digits in points in the Pirates’ opening two games of the season against Wagner and Stony Brook, a feat he only managed once throughout all of last year.