Myles Garrett is getting off easy because he’s really good 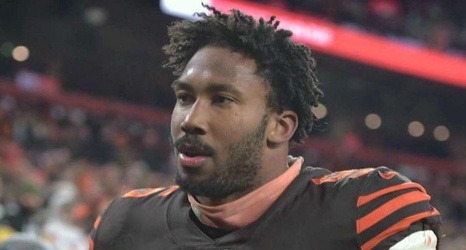 Myles Garrett should face far worse than a six-game suspension. Instead he’s the latest to receive star treatment from the NFL.

With eight seconds left in the Pittsburgh Steelers’ 21-7 win over the Cleveland Browns last week, Cleveland’s Myles Garrett tackled backup Steelers quarterback Mason Rudolph after the play. They kept at it as they got up and a slew of pushing and shoving ensued – typical behavior between fierce division rivals.

What happened next sent shockwaves through the league.

Garrett ripped Rudolph’s helmet off in the scrum and then swung it down viciously onto the quarterback’s head after the play.