More than an award: Mamukelashvili on being named Big East Co-Player of the Year 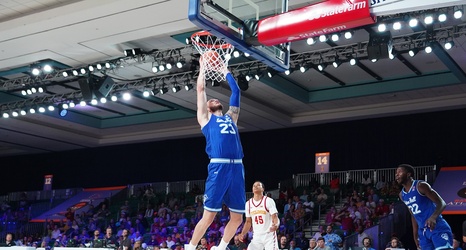 Sandro Mamukelashvili was named Big East Co-Player of the Year alongside Villanova’s Collin Gillespie and Jeremiah Robinson-Earl on Wednesday.

Mamukelashvili became just the fourth Seton Hall player to receive the award after Myles Powell earned the honor at the end of last season. This is the first time in Big East history that the award has been split between three players.

Mamukelashvili received the award off the back of a regular season where he averaged 17.8 points, 7.3 rebounds and 3.1 assists across 25 games. He is also just one of two players to rank within the league’s top 15 players in all three categories in the conference and overall games played.