How a Star was Born 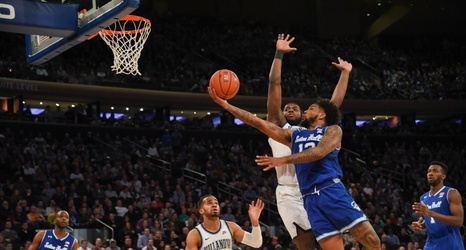 One conversation with Myles Powell is all it takes to realize he is different than other star players in college basketball.

Despite the numerous accolades to his name and the fame that has come along with being a 2019 preseason All-American and the face of Seton Hall basketball, Powell prefers not to talk too much about himself. Even after games where he single-handedly wills Seton Hall to victory, Powell steers the conversation elsewhere. He would rather talk about Seton Hall’s fans, his teammates and his coaching staff than any aspect of his individual performance.

Why is this the case?