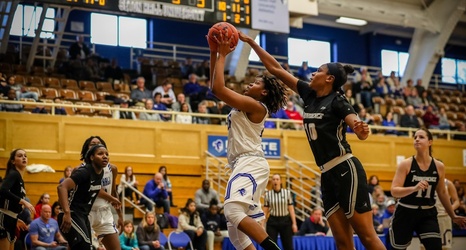 When Desiree Elmore arrived on Seton Hall’s campus in August, her teammates noticed something different about her. The women’s basketball transfer still had her upbeat personality from the year before and still had the same hairstyle, but her appearance was different.

Elmore worked hard in the offseason to cut weight and get back to the playing shape she was in before her injury at Syracuse, which caused her to miss the entire 2017-18 season.

The former five-star recruit felt that last year she struggled at times to play to the best of her ability because of her stamina.