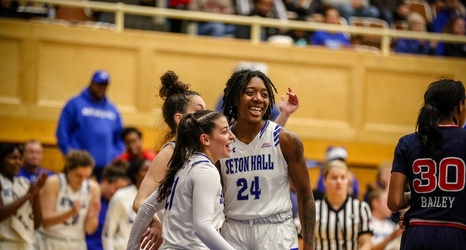 Excitement within the Seton Hall women’s basketball team locker room is high after a sound preseason and undefeated start to the new season. Anthony Bozzella’s team was predicted to finish third in the Big East this year and have now won by 20 or more points in four consecutive games to justify that prediction.

Bozzella has taken pride in the electrifying, offensive identity his team has developed under his reign, and they are now starting to reap the rewards of the hard work that everyone has put into the program over the last six years.

After an eighth-place finish in the Big East last year, a returning upperclassmen core of Shadeen Samuels, Selena Philoxy and Desiree Elmore amongst others are ready to light up the conference.