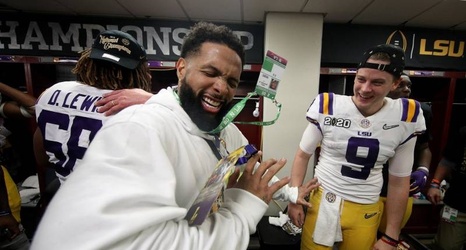 Jefferson finished the game with nine receptions for 106 yards and registered 111 grabs for 1,540 yards and 18 touchdowns on the season.

In a separate video shot in LSU's locker room, Beckham said he was going to sell Jefferson's game-used cleats for $200,000:

When money changes hands and college athletes are on the receiving end, there are always questions about how it may impact their eligibility due to the NCAA's stringent rules.