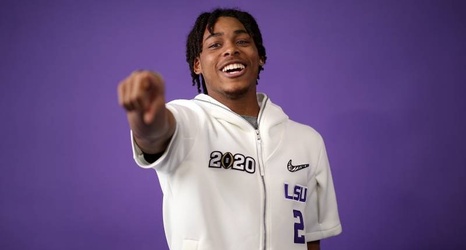 Top-ranked LSU finished the drive with a 14-yard touchdown pass from Heisman Trophy-winning quarterback Joe Burrow to Ja'Marr Chase, which gave the Tigers a 21-17 lead—their first lead of the game.

However, Jefferson's play stole the shine away from Chase's touchdown and the fact he's LSU's leading receiver at halftime. Reactions were aplenty:

"Get that man some ankle tape" @ReggieBush’s reaction to Justin Jefferson's hesi ud83dude02 (via @FOXSports) https://t.