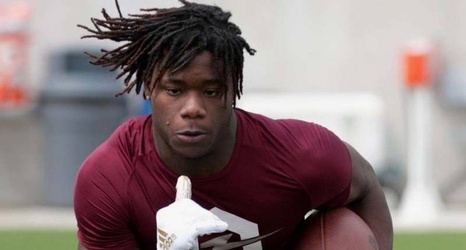 While a few thousand prospects in the 2020 recruiting class have finalized their college football homes, 5-star running back Zachary Evans is still figuring out his next stop.

Although he initially signed with Georgia, the school released Evans from his national letter of intent following an unreported incident. He'd quietly signed in December and planned to reveal his decision at the Under Armour All-America Game.

Instead, the showcase put Evans in the spotlight for a different reason.

"First and foremost, I just want to apologize to my college coaches, for everything they are hearing," he said, per Shea Dixon of 247Sports.