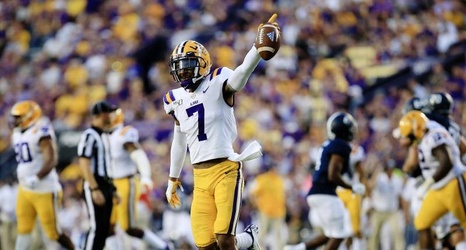 The 2019 SEC Championship Game carries the most College Football Playoff implications of any title bout.

The No. 2 LSU Tigers are one step away from entering the playoff with an undefeated record alongside Ohio State and Clemson.

However, the fourth-ranked Georgia Bulldogs could complicate those plans by solidifying their own playoff berth with a win Saturday at Mercedes-Benz Stadium.

Kirby Smart's team carries an edge in experience since this is its third straight December trip to Atlanta, while LSU is making its first SEC Championship Game appearance since 2011.