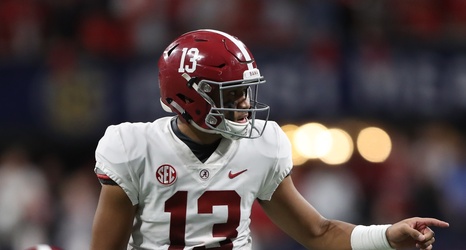 Alabama quarterback Tua Tagovailoa's season has reportedly come to an end due to a hip injury he suffered during Saturday's game against Mississippi State.

Per The Athletic's Aaron Suttles, Tagovailoa suffered a dislocated hip with a posterior wall fracture.

The Crimson Tide listed Tagovailoa as a game-time decision Saturday, but he wound up getting the start. The junior star left in the second quarter when he was tackled scrambling out of the pocket.