No. 4 Auburn's Undefeated Season Ends in Upset vs. Unranked Alabama 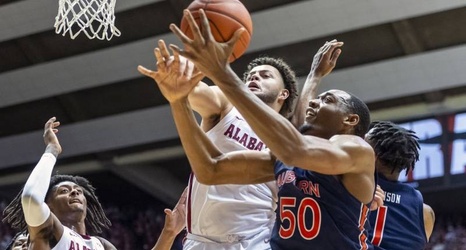 No. 4 Auburn's dazzling start to the season came to a shocking end Wednesday, as it fell 82-65 to an unranked Alabama team.

That leaves San Diego State as the lone undefeated team remaining in the country.

Auburn (15-1, 3-1 SEC) finally losing this season isn't as surprising as who it lost to. Alabama (9-7, 2-2 SEC) had dropped two of its last four games before its rival came to town. To expect a team that was previously defeated by Penn, Rhode Island, Penn State and Iowa State to keep up with the No.