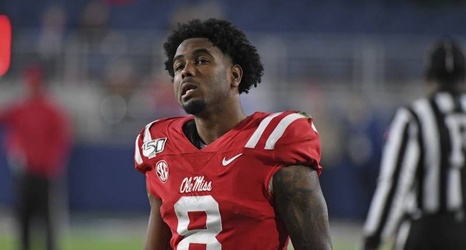 The metaphorical basically became the literal as Ole Miss lost the Egg Bowl 21-20 to Mississippi State on Thanksgiving.

Elijah Moore caught a two-yard touchdown pass with four seconds remaining in the game. Not content to have a hand in the potential game-tying score, the Rebels receiver celebrated by mimicking a dog urinating in the end zone.

The taunt earned a 15-yard unsportsmanlike conduct penalty, which left kicker Luke Logan with a more difficult point-after attempt. Logan pushed his kick to the right.

THE KICK IS NO GOOD! MISSISSIPPI STATE WINS THE EGG BOWL!