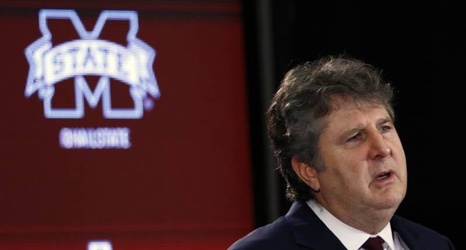 Mike Leach's introductory press conference at Mississippi State on Friday was everything fans would expect from the outspoken head coach.

One of the most notable things Leach addressed with the media was his decision to take over the Bulldogs after spending the past eight seasons at Washington State.

"You're always really conflicted. .. But then, the other side of it is, you're gonna be dead in 100 years anyway, so you want to try to have as many experiences as you can," he told reporters.