Kentucky AD: There Will Be Consequences for Fan Ashley Lyles Using Racial Slur 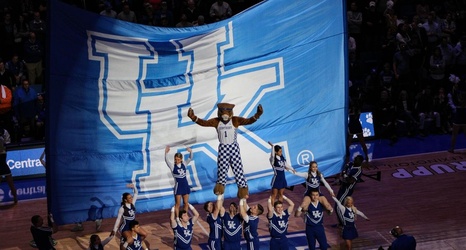 University of Kentucky athletic director Mitch Barnhart announced Wednesday that Kentucky fan Ashley Lyles will face consequences for using a racial slur to refer to a Tennessee fan during the Volunteers' 81-73 win over the Wildcats at Rupp Arena in Lexington, Kentucky, on Tuesday:

After video of the incident circulated across the internet and went viral, Lyles identified herself and apologized in the following statement to LEX 18:

"My reaction after the game was unacceptable, period. It was against all values of the University and state of Kentucky. I humbly apologize to the individuals at which my words were directed.