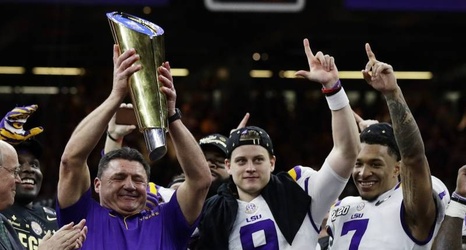 He torched the Tigers defense to the tune of 463 passing yards, five touchdown throws, one touchdown run and zero interceptions, capping off a season that saw him win the Heisman Trophy and set the NCAA record for touchdown passes in one year.

His Tigers found themselves behind by double digits in the early going, but he turned to wide receiver Ja'Marr Chase to seize control of the game.