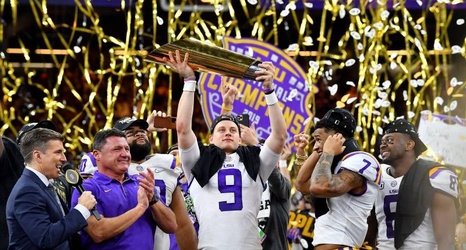 A police officer threatened to arrest LSU players who were celebrating their College Football Playoff National Championship Game win over Clemson by smoking cigars in the locker room Monday night.

According to AL.com's Michael Casagrande, LSU players initially laughed at the declaration and continued to celebrate, thinking it was a joke.

Per Casagrande: "Another officer tried to tell them it was OK to celebrate with a smoke in the locker room, but he insisted his commander told him it was a no-go.