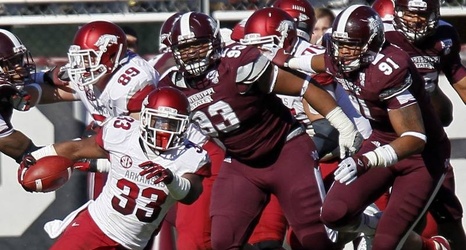 The body of former Mississippi State football player Philemon Jones, 27, was found in a lake Monday, according to the Clarion-Ledger's Rashad Milligan.

The coroner in Lee County, Mississippi, confirmed Jones' identity. Authorities don't suspect foul play, though the cause of death hasn't been finalized.

Jones spent four years at Mississippi State, appearing in 45 games for the Bulldogs between 2011-2014. He finished with 81 combined tackles and two sacks and was a senior when the team climbed to No. 1 in the Associated Press Top 25 poll.