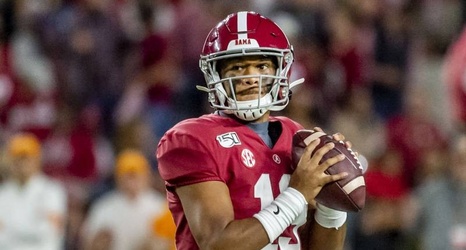 According to Dennis Dodd of CBS Sports, Saban provided a positive update on Tagovailoa, who missed the Crimson Tide's 48-7 win over Arkansas two weeks ago: "Has short-area quickness. Can play well in the pocket. It hasn't affected his throwing at all."

Alabama had a bye last week, giving Tagovailoa more time to heal ahead of Saturday's game, which will pit the No. 3 Crimson Tide against the No. 2 Tigers.

Both teams are 8-0, and the game will have a major impact on the SEC title race as well as the College Football Playoff picture.