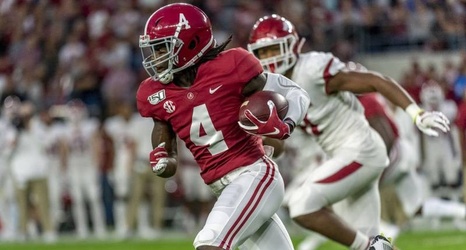 Alabama wide receiver Jerry Jeudy announced that he will forgo his final year of eligibility and enter the 2020 draft.

The Crimson Tide star finished with 57 receptions for 753 yards and nine touchdowns in 2019, which came following a breakout sophomore season.

Jeudy was the third-best receiver in the country, per 247Sports' composite rankings, when he arrived at Alabama in 2017.