SEC Coaching Hot Seat: The 5 Coaches Whose Jobs Are On The Line In 2016 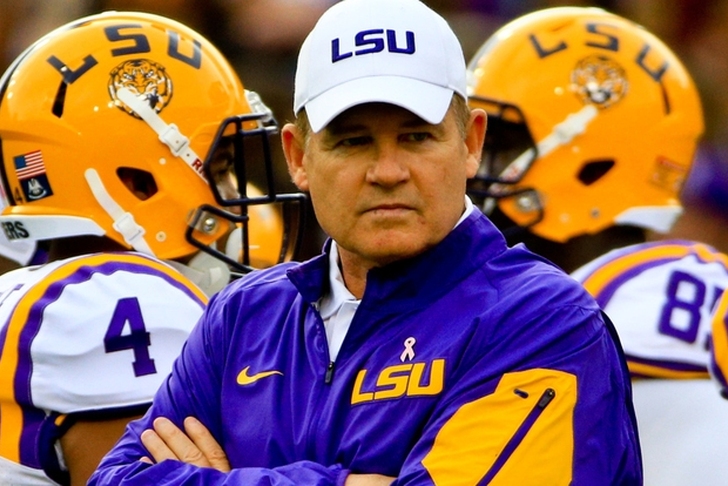 With spring practices now underway, there are several coaches whose seats are starting to get a little warm. With plenty of competition and talent in the SEC, every team expects to be competing at a high level, although the exact expectations vary. While none of these coaches are guaranteed to be fired this season, they are in a position where they need their teams to perform well to keep their jobs.

While an 0-12 season from a coach like Bret Bielema could result in a dismissal, he's not on the hot seat. This focuses on coaches who don't have great job security at the moment. With that in mind, here are the 5 SEC Coaches On The Hot Seat In 2016.

Stoops has helped boost Kentucky's talent and expectation. He went 2-10 his first year and has posted back-to-back 5-7 records. But UK now wants more amid Stoops' recruiting and raised expectations. UK has won just four SEC games in Stoops' three seasons and closed the year 0-6 against FBS teams to miss a bowl game. However, a large buyout means Stoops should be safe.

Mason was generally considered a strong hire coming over from Stanford, and Vandy has produced a good defense under Mason. But the offense has been bad. Mason has posted a poor 4-17 record against FBS teams, with just two wins against the SEC in his two years. Those two games were 6-3 and 3-0 wins. Mason should get another year if his team can show improvement.

Remember last year, when everyone was happy that the LSU athletic department decided to not fire Miles at the last second? What everyone seems to forget is that LSU still doesn't really want Miles. They only kept him because of public pressure. We will revisit the Miles getting canned situation and it may come this year. LSU has the potential to be a national title team this year. So what happens if LSU struggles, falls to Alabama the sixth straight time and has poor QB play? Hint: it might not end well for Miles.

Sumlin posted a surprising 11-2 mark in his first year at A&M, but the Aggies haven't captured that type of play since. Sumlin has posted nine wins and eight wins twice, but hasn't had a signature win since beating Alabama in that first year. Sumlin has not fared well against Top 25 teams and hasn't won the SEC yet. That's the ultimate goal. While the report that the Aggies considered firing Sumlin was heavily denied, there's no doubt there are problems with the program. Two five-star QB recruits left this offseason (not including Kenny Hill before last season) leaving A&M hoping that Trevor Knight plays like Bowl Game Trevor Knight and not regular season Trevor Knight. A new athletic director only complicates things. A poor season and/or losses in the games that matter could result in Sumlin's firing.

Coaches going from almost untouchable to fired at Auburn has precedence. Auburn's previous three coaches before Malzahn were fired despite having undefeated seasons on their record. Malzahn went to the title game in 2013, but the Tigers have regressed each season since. Malzahn is a gifted offensive mind, but the Tigers have to be lot better on that side of the ball next year. Another poor year and/or losses in the games that matter could mean that Auburn is looking for a new coach.