Power Ranking The New Coordinator Hires In The SEC 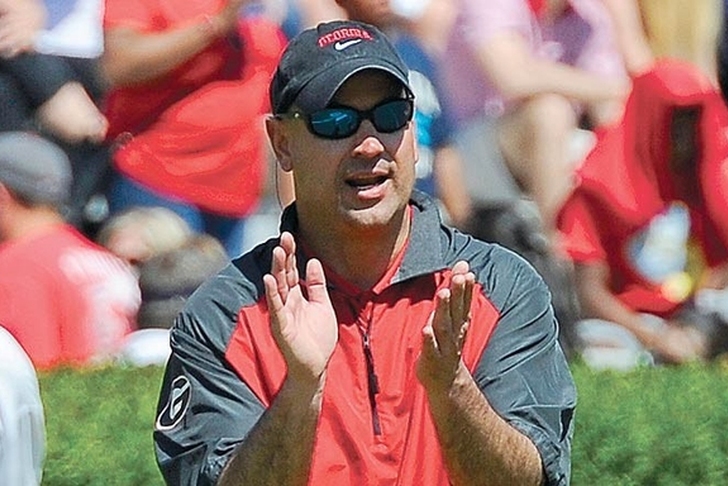 The SEC is one of the top conferences in the nation and is full of great coaches. Coaches often switch schools, so it's not surprising that the SEC is filling several coordinator vacancies this year. Not all of the schools have found a coordinator, but most of the teams are set. Georgia is still searching for a defensive coordinator, although Alabama secondary coach Mel Tucker could end up with the job. With that in mind, here's our try at Power Ranking The New Coordinator Hires In The SEC:

9. Eddie Gran, OC, Kentucky
Gran comes to Kentucky from Cincinnati, where he spent the last three years. He knows Mark Stoops from their time together at Florida State. Gran has SEC experience, coaching at Ole Miss, Auburn and Tennessee. Stoops needs Gran to turn around the UK offense and get the Wildcats to a bowl game. Gran coming in eighth isn't a knock on his abilities, but rather the quality of the rest of the hires.

8. DeMontie Cross, DC, Missouri
Cross comes to Missouri from TCU, where he was the co-defensive coordinator. Cross knows head coach Barry Odom very well, as the two played together at Missouri. He's spent time in the NFL with the Buffalo Bills. He makes perfect sense for Missouri, given his ties to Odom and the school.

7. Travaris Robinson, DC, South Carolina
Given head coach Will Muschamp's abilities to coach a defense, this hire isn't as important as Muschamp's offensive coordinator. Robinson is an up-and-comer and this is his first DC job. He's a great recruiter and has a bright future.

6. Josh Heupel, OC, Missouri
Heupel is probably best known as the former Oklahoma QB and coordinator. Heupel is still just 37, so he has a strong future ahead of him. He should be a good influence on Missouri's current and future QBs.

5. Kurt Roper, OC, South Carolina
Had Muschamp hired Roper right away at Florida, there's a chance he'd still be the head coach. He was good at Duke as OC and Muschamp is putting a lot of faith in him.

4. Jim Chaney, OC, Georgia
Chaney is an interesting hire. He knows the SEC well, having coached at Tennessee and Arkansas. He had one of the first spread offenses, using it at Purdue successfully. He spent some time in the NFL, where he moved to a more pro-style system. Given head coach Kirby Smart's inexperience, adding a veteran like Chaney was a shrewd move.

3. Kevin Steele, DC, Auburn
Steele left LSU to take the same position at Auburn. He had a rough final year at Clemson, but is still a good coordinator. He rehabbed his stock with Alabama and LSU. It's tough to beat his resume and is a solid replacement for Muschamp.

2. Dave Aranda, DC, LSU
Aranda was the DC at Wisconsin and he put together one of the best defenses in the nation this season. He's a riser in the coaching ranks and this is a great hire for LSU.

1. Jeremy Pruitt, DC, Alabama
Pruitt left Georgia after Mark Richt was fired. Kirby Smart took that job and Pruitt is taking Smart's old job of Alabama defensive coordinator. Pruitt was a hot commodity and it shouldn't be a surprise that he's at the top of list.