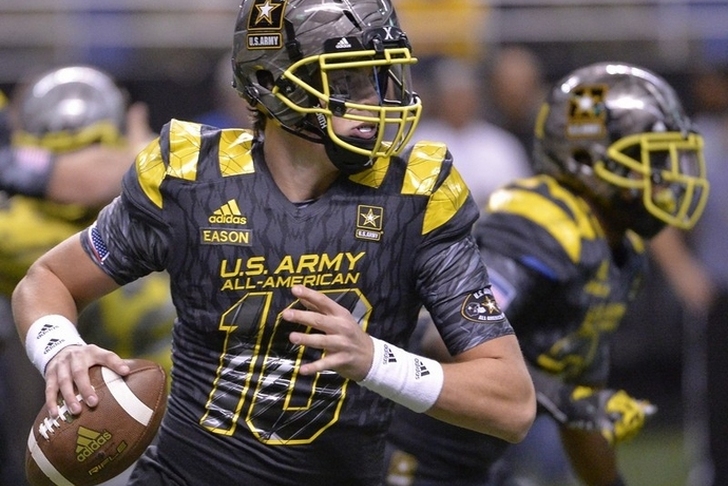 The SEC is the best college football conference in the country, so it's rare for true freshmen to come in and make an impact. However, every year there are a few that breakout and become impact players in their first year on campus. Here are the five that will do that this fall:

5) DE McTelvin Agim, Arkansas Razorbacks
The top recruit in the state of Arkansas decided to stay close to home, and Razorback fans are rejoicing. At 6'3" and 268 pounds, Agim runs a 4.7 40-yard dash, showing you that he has all the physical tools to be a star in the SEC. Once he gets his technique down, he'll be a Myles Garrett-like menace.

4) ATH Mecole Hardman Jr., Georgia Bulldogs
Nearly every program in the nation wanted the No. 1 athlete, but Georgia landed him, beating out the likes of Tennessee, Alabama and Ohio State for the first of their three recruits on this list. Hardman checks in at No. 13 overall and can play cornerback, wide receiver, or maybe a bit of both. No matter what, Georgia will find ways to keep him on the field, and he'll make plays.

3) ILB Ben Davis, Alabama Crimson Tide
Davis, the top linebacker in the class, has all the tools to be Alabama's next great linebacker. At 6'3" and 240 pounds, Davis has the size and strength to be a major factor in the run game, but also has the speed and athleticism to be effective in coverage.

2) TE Isaac Nauta, Georgia Bulldogs
He's a fantastic blocker and a perfect prototype for the modern tight end on offense. He has legit size at 6'3" and 245 pounds, and is an excellent route-runner with stellar hands. An early enrollee at UGA, the comparisons to Jason Witten are warranted.

1) QB Jacob Eason, Georgia Bulldogs
The perfect combination of throwing power and pinpoint accuracy, Eason's deep ball is a thing of absolute beauty. Every throw he makes looks effortless, and his all-world footwork in the pocket allows him to shift his weight to both evade pressure and step into throws in the tightest of spaces. Reminiscent of former Georgia QB Matthew Stafford, Eason's going to put up pinball-like passing numbers at the next level. Plus, he'll get the chance to start right away at UGA.