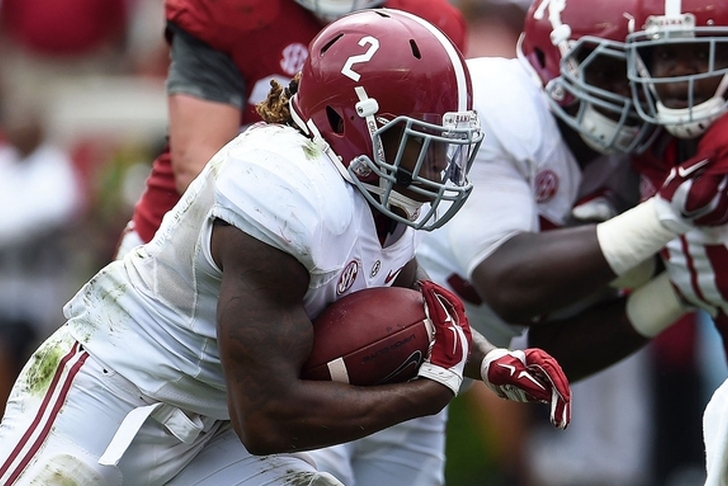 Week one is in the books for SEC football. Here's how I rank each team after their first contest.

I was looking for something positive to say about Vanderbilt after they just collapsed to Western Kentucky in their first game. The Commodores look more organized on defense than last year, but they were still bested by Western Kentucky, who made the big plays when they needed to. After the first week, Vanderbilt is the only SEC team that's recorded a loss.

Kentucky started their matchup with Louisiana-Lafayette with a big 75-yard run from Boom Williams to open the game against the Ragin' Cajuns. The Wildcats looked as though they had made light work of Lafayette, but Cajuns stormed back in the second half, evenutally tying the game in the fourth quarter at 33. Kentucky quarterback Patrick Towles was able to lead a nine-play, 58-yard drive with just under four minutes left on the game clock, and the Wildcats were able to regain the lead with a Mikel Horton 12-yard touchdown scamper with less than a minute left on the clock. Kentucky will need to tighten up their run defense, as the Cajuns were able to exploit the Wildcats for 247 yards on the ground. The Gators pummeled New Mexico State Saturday night 61-13, and Jim McElwain's offense showed a lot of versatility with the many ways the Gators were able to score. Florida ended the night with over 600 yards of total offense, and the Gators' defense allowed just 200 total yards from the Aggies. The stat that tells the story of this game was New Mexico State's third down conversion rate, which was 1-for-12. McElwain's Gators face their next test next Saturday when East Carolina comes to Gainesville.

Arkansas handled their busines against the UTEP Miners Saturday with a 48-13 drumming. The Razorbacks were a bit sloppy in the win, committing six penalties that cost them 68 yards. Arkansas made up for the penalty problems by forcing UTEP to turn the ball over three times with two fumbles and a pick. The Hogs also had no trouble winning the battle in the trenches either, averaging 5.4 yards per rush. Bret Bielema's club will host the Toledo Rockets at home next weekend.

The Gamecocks beat North Carolina 17-13 in Charlotte on Thursday night, and while they didn't show us the high-octane offense through the air that Steve Spurrier is known for, they were able to run the ball effectively against the Tarheels. Another thing that South Carolina showed us was the improvement that Jon Hoke has brought to a defense that struggled in 2014 with the ability to hang on to late leads. The Gamecocks were able to force UNC quarterback Marqise Williams into three interceptions, with all three being in the red zone. South Carolina starts SEC play next Saturday against Kentucky in Williams-Brice. 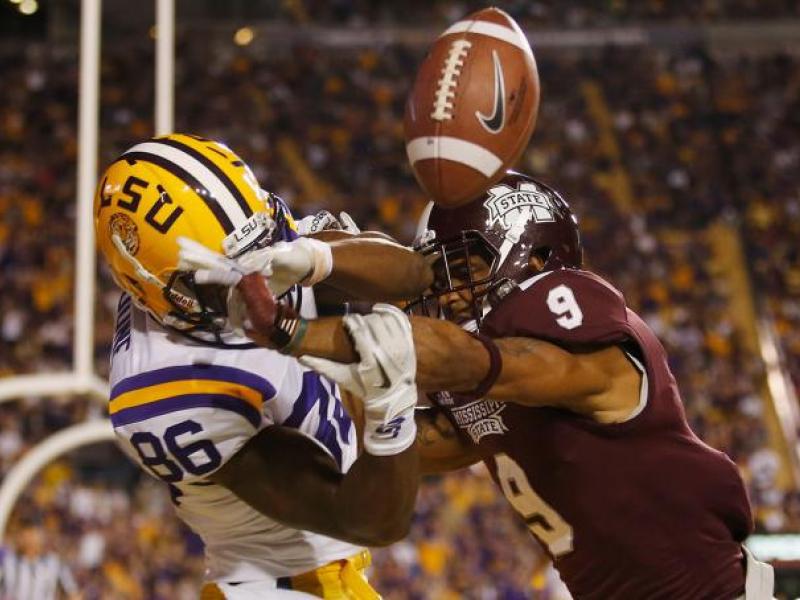 The Bulldogs defeated Southern Miss 34-16 in an odd road contest to start their 2015 season at Southern Miss. Mississippi State started off slow against the Golden Eagles and only led 14-10 going into the half. Senior quarterback Dak Prescott was the difference-maker for the Bulldogs, throwing for 237 yards and two touchdowns on 22 completions. Prescott also led the Bulldogs rushing attack, posting eight carries for 72 yards and a touchdown. Mississippi State starts their SEC West schedule next weekend, hosting the LSU Tigers in Starkville.

The Tigers beat Southeast Missouri State 34-3 to open their 2015 season. The Tigers started off really strong but finished this game sluggish. Missouri also experienced a scare with the injury to star running back Russell Hansbrough in the first half that ended up being a sprained ankle. Hansbrough had rushed for 23 yards on two carries before injuring his ankle. Missouri hosts Arkansas State in Columbia next weekend.

The Rebels posted the highest number of points in the entire conference this week, defeating the Skyhawks of UT-Martin 76-3. The Rebels didn't do much wrong on offense Saturday and finished with 662 total yards on the day. Ole Miss had five players that finished with at least 40 yards rushing and four players that scored a touchdown on the ground. The Rebels even used defensive standout Robert Nkemdiche in the passing game, as he caught a 31 yard touchdown pass in the second quarter to put Ole Miss up 34-0 before the half. Ole Miss hosts Fresno State in Oxford next week before traveling to Tuscaloosa for a huge matchup with Alabama on September 19.

The Vols looked strong in their first game of 2015, dominating Bowling Green by a score of 59-30. The Tennessee ground game was what impressed me the most, as the Vols chalked up six rushing touchdowns. Sophomore running back Jalen Hurd had 23 carries for 123 and three first-half touchdowns. Junior quarterback Josh Dobbs was 15-of-22 for 205 yards and two touchdowns through the air, and Vols' defense was able to contain a talented Bowling Green defense for most of the night. Tennessee goes up against their most difficult non-conference opponent of the 2015 season next week when they host #19 Oklahoma.

The Aggies jump up four spots from my preseason SEC power rankings, and they were the team that impressed me the most in week one. Kevin Sumlin's offense showed us Saturday night that they're loaded with talent with a variety of weapons on offense, and the defense looked much improved under the guidance of new defensive coordinator John Chavis. If Texas A&M can consistently play to the caliber that they showed us in week one, this team could be a playoff contender. The addition of John Chavis could allow the Aggies to slow down powerful SEC West offenses that would give Kevin Sumlin a chance to exploit opposing defenses throughout the season.

The Tigers' game was one of the biggest dissappointments of week one, only because it wasn't played. Lightning plagued the impending start to the game against in-state opponent McNeese State, causing the first LSU Football cancellation since the year 1918. The Bayou Bengals go from playing an opener against an easy opponent to traveling to Starkville, Mississippi to play the Mississippi State Bulldogs, who were able to get a tune-up at Southern Miss this week.

The Bulldogs hold down the number three spot this week after winning big against Louisiana-Monroe 51-14. Georgia, as expected, carried out a simple game plan against the Warhawks by running the football. This allowed the Bulldogs to outrush their opponent 243 yards to Louisiana-Monroe's 45 yards. Georgia's defense looked like a legitimate SEC contender, allowing the Warhawks to average just 1.7 yards on 26 attempts. This game was called early due to lightning, and this game could've been much uglier if continued. Louisiana-Monroe freshman quarterback Garrett Smith was efficient through the air, completing almost 80 percent of his passes. Smith's final line against the Bulldogs' defense was 23-29 for 206 yards and two touchdowns, and he was picked off once by the Georgia defense. The Bulldogs open up SEC East play next week when they travel to Nashville to play the Vanderbilt Commodores. The Georgia/Vanderbilt game will be televised as the 3:30 CBS SEC Game of the Week.

Many people were concerened about the questions that surrounded the Alabama offense going into their week one matchup against Wisconsin. The Crimson Tide hushed the critics quickly with their ground game, and junior running back Derrick Henry was nothing short of impressive in Alabama's 35-17 win over the Badgers. Henry rushed for 147 yards on just 13 carries, scoring three touchdowns. Jake Coker started the game for the Tide at quarterback, and he looked like the answer to Alabama's preseason quarterback controversy, completing 15-of-21 passes for 213 yards and a touchdown. Alabama welcomes Middle Tennessee State to Tuscaloosa next weekend before opening up their SEC West schedule against Ole Miss at Bryant-Denny Stadium on September 19. 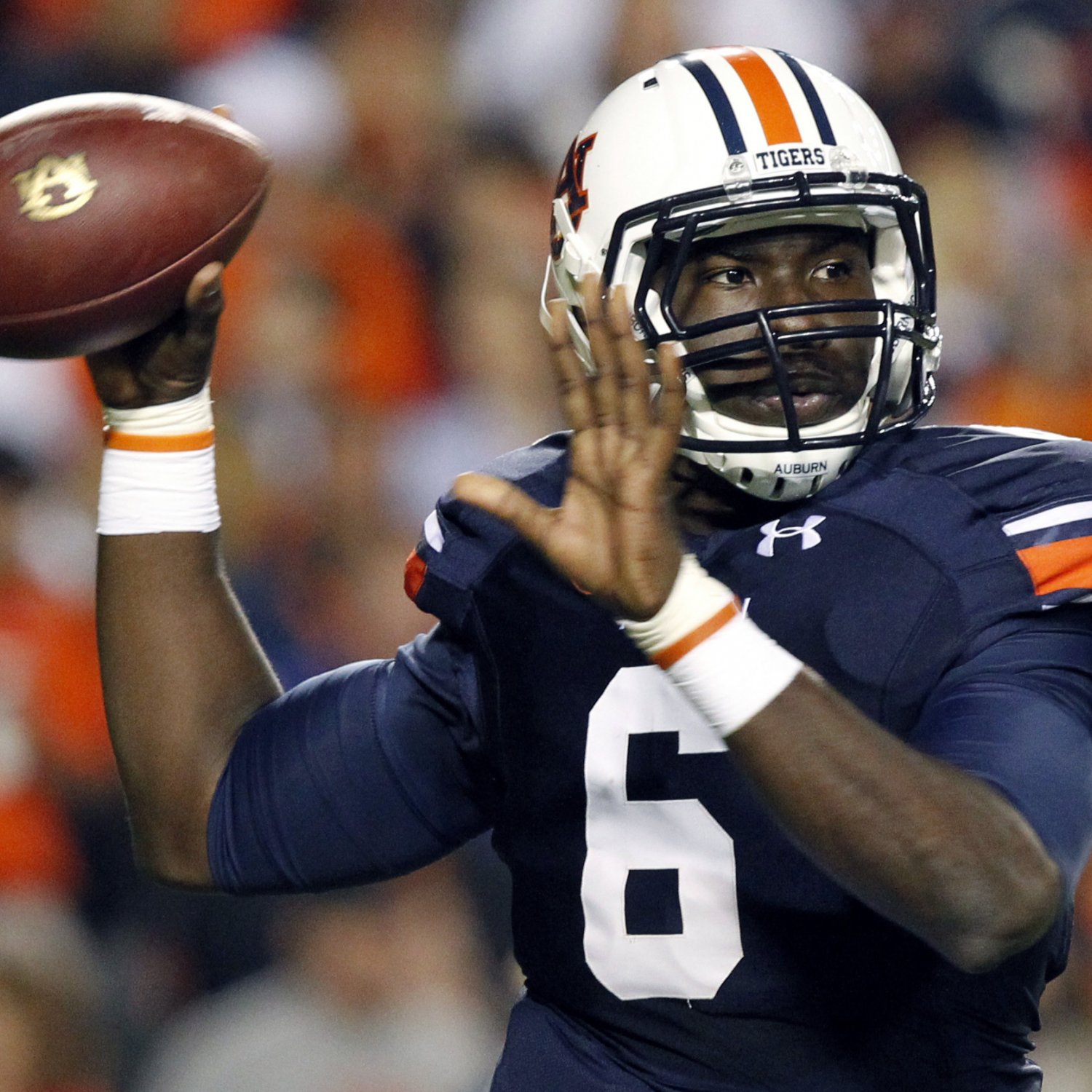 The Tigers hold down the number one spot through week one, after going toe-to-toe with a very talented Louisiville team in week one. Auburn led the Cardinals 31-10 after Ricardo Lewis punched in an eight yard rushing touchdown that capped off a 12-play, 72-yard drive that put the cherry on top for the Tigers' victory. The Cardinals scored twice in the fourth quarter, but the damage was already too much for Louisville to overtake the Tigers. Auburn's junior quarterback Jeremy Johnson guided the Tigers with a passing touchdown and a rushing touchdown, but the Cardinals took advantage of some sloppy throws that led to three interceptions. New defensive coordinator Will Muschamp prepared his new defense well, as the Tigers led Louisville by three touchdowns late in this game. The Tiger defense faced probably the toughest challenge out of any team in the SEC during their week one game, and they definitely passed the test. Auburn hosts Jacksonville State in Jordan-Hare Stadium next weekend before traveling to Baton Rouge to face LSU in their SEC West opener.

Week one revealed some of the answers to the questions that created one of the most intriguing preseasons in recent memory. However, we still have a lot to learn about how the SEC standings will take shape, as conference play starts for a lot of teams in week two. As always, thank for reading and be sure to follow me on Twitter @griffaldo for my updated work.