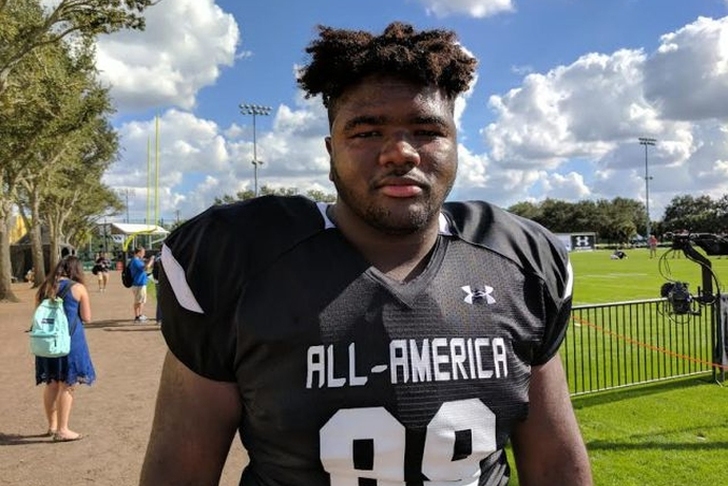 Though many of the top high school football prospects in the country have already committed to which college they will play for in 2017, there are quite a few uncommitted recruits who are trying to make the most of the process. National Signing Day is less than a month away, and fans are really starting to wonder where these potential superstars will end up. Here are the early favorites to sign the top 10 uncommitted prospects in the 2017 class:

5) WR Devonta Smith (Amite, LA) - Alabama Crimson Tide
The 6-foot-1, 160-pound speedster is down to Alabama, LSU and Miami, but the Tide appear to have a clear advantage for him. He has made official visits to each school and will go to Miami this weekend, but it's unlikely anyone will be able to sway him from Tuscaloosa.

4) DE Jarez Parks (Sebastian, FL) - Florida Gators
Parks is being chased by the two usual in-state schools, Florida and Florida State, and Alabama are doing their best to get him out of state. Alabama and Florida are considered the two favorites, but Gators head coach Jim McElwain has done a good job of keeping talent like Parks in-state. I expect him to end up in Gainesville.

3) DE LaBryan Ray (Madison, AL) - Alabama Crimson Tide
Alabama has been the leader for Ray throughout the entire process. The 6-foot-4, 260-pounder is also making official visit to Florida this weekend, but he is a virtual lock to Alabama.

2) DT Aubrey Solomon (Leesburg, GA) - Georgia Bulldogs
The 6-foot-3, 305-pounder has been leaning towards staying in-state at UGA since decommitting from Michigan in August. He is still exploring his other options and took official visits USC and Florida in January. However, at this point, it's a race between Alabama, Michigan and Georgia - I think he'll ultimately stay in state.

1) DT Marvin Wilson (Bellaire, TX) - LSU Tigers
LSU and Texas are locked in a tight race for Wilson, but the Tigers have been the favorite to land him all year. Though he makes his mark as a run-stopper at 6'4" and 330 lbs, he's surprisingly quick for his size, allowing him to also be effective rushing the passer.