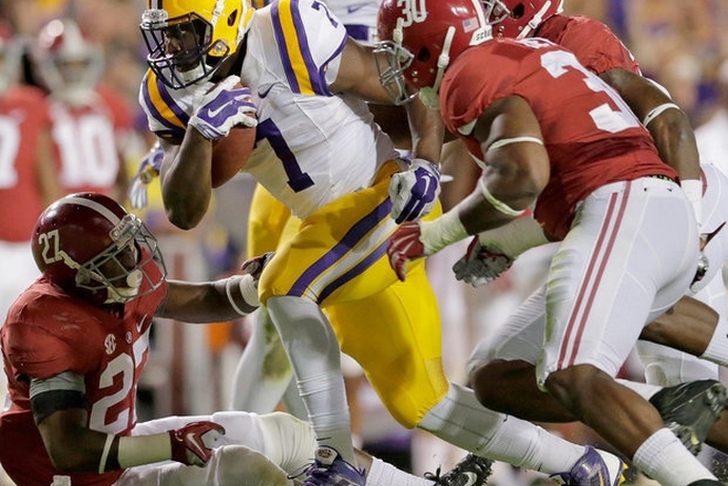 The SEC cemented themselves as the top conference in college football with an impressive performance this bowl season, but with several key players returning, it's possible that the conferece will be even better next year. Alabama has won the conference each of the last two years, but next year's race appears to be much more crowded. Here are the five teams most likely to win the SEC next year:

5) Ole Miss Rebels
The Rebels also lose a trio of stars in wide receiver Laquon Treadwell, offensive tackle Laremy Tunsil, and defensive tackle Robert Nkemdiche, but they're replacing them with the top recruiting class in the country. Quarterback Chad Kelly is the best returning signal-caller in the conference, and with most of the defense returning, Ole Miss will be a serious threat in the SEC West again next year.

4) Tennessee Volunteers
Tennessee has two of the most talented players returning in the conference in quarterback Joshua Dobbs and running back Jalen Hurd, and return 17 starters from last year's 9-4 team. Throw in the fact that they get both Florida and Alabama at home, there's a good chance the Vols will only lose one or two games in the SEC next year. If that happens, they could win the East over Georgia...and then anything can happen in the conference title game.

3) Georgia Bulldogs
It was a "disappointing" 10-win season for Georgia this year as they fired Mark Richt, but he left a lot of talent for new head coach Kirby Smart to use next year. Five-star recruit Jacob Eason will finally give the Bulldogs a reliable quarterback, and their defense will be much improved in Smart's system.

Oh yeah, they also get Heisman candidate running back Nick Chubb back from injury. With him leading the way, the Bulldogs will be extremely tough to beat.

2) LSU Tigers
Speaking of Nick Chubb, which SEC team wants to face Leonard Fournette for another year? Arguably the best back in the country will back next year, along with almost all of the rest of the Tigers' starters as they were one of the youngest teams in the nation in 2015. Add in another year of experience and a top five recruiting class in the country, and LSU has all the ingredients of a College Football Playoff team.

1) Alabama Crimson Tide
At this point, I think it's best if we stopped doubting Nick Saban and Alabama.

They lose a ton of talent this offseason, including Heisman winner Derrick Henry, but the Tide always have more than enough talent to adequately fill all positions of need. Their secondary returns a bunch of young stars, headlined by freshman cornerback Minkah Fitzpatrick, and wide receiver Calvin Ridley will provide an elite target to whoever steps in to replace Jake Coker at quarterback.