5 Lesser Known SEC Players Who Will Become Superstars This Season 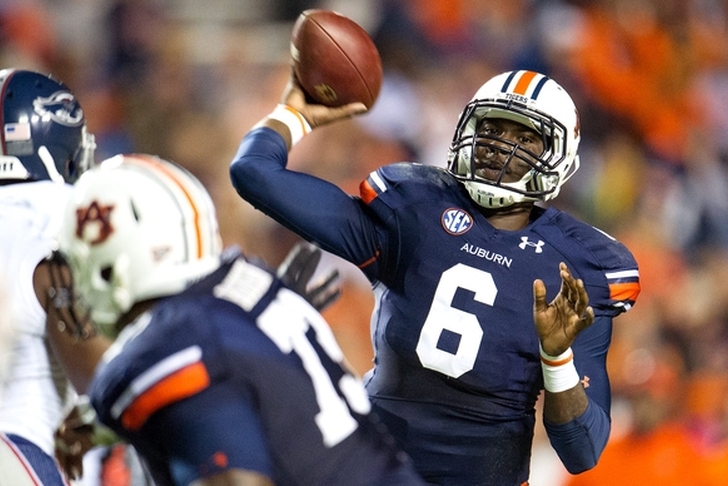 The SEC is loaded with talent. There is a reason the conference won seven straight NCAA titles before having that streak snapped two seasons ago. While almost everyone knows Dak Prescott, Nick Chubb and Leonard Fournette, there are several players who could become household names this year. Here are five lesser-known SEC players who will become superstars this season.

Dobbs is the Volunteers' starting quarterback this season and he's primed to have a big year. He took over for an injured Justin Worley last year and Dobbs never looked back. The junior is a dual threat who threw for nine touchdowns and ran for eight more. Dobbs will be a household name this season, especially if the Vols make a run at a SEC East title.

Dupree only caught 14 passes last season, but those catches went for 318 yards and five TDs. Dupree is the playmaker the Tigers lacked without Odell Beckham. While the QB situation is unresolved, Dupre will be a big help for whomever the Tigers decide to start.

Auburn fans already know who Johnson is and now the rest of the SEC will too. Johnson isn't as fast as former QB Nick Marshall, but he should be a better passer. He's also built like Cam Newton, so expect those comparisons early and often. Johnson is talented and should have a big season.

Collins split time with Jonathan Williams last season at RB, as both picked up over 1,100 yards and had 12 scores. But Williams is out for the season, which means Collins is going to get the majority of the carries. Given how much head coach Bret Bielema likes to run the football, Collins should have a massive season.

Follow our SEC page for all the latest SEC news and rumors!