5 Best College Basketball Freshmen In The SEC This Year 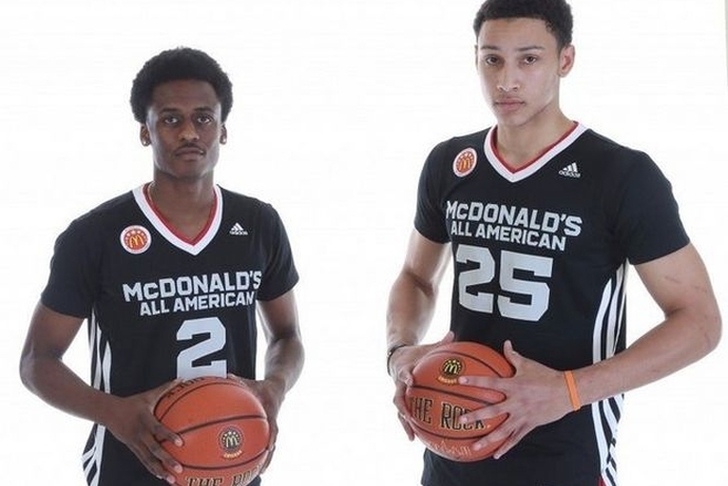 The SEC will see a heavy influx of top freshman talent this year, but for the first time in a while, schools other than Kentucky are landing top freshmen. Here are the top five rookies in the conference this season:

Blakeney isn't the headliner of LSU's recruiting class (we'll get to that a little bit later), but he might lead the SEC in scoring this season. At 6'4" and 170 lbs, he needs to get stronger, but can get to the rim with ease and enjoys finishing with contact. However, he's not just a slasher - Blakeney has the ability to burn teams with his elite pull-up jumper and range from beyond the arc.

Though he's a true point guard, Briscoe will start alongside Tyler Ulis and play off the ball, which he's more than equipped to do. Along with being an excellent ball handler, Briscoe already has NBA size (6'3", 200 lbs.), which allows him to bully smaller defenders while attacking the basket. He's also great at creating his own show on the perimeter.

Newman surprisingly committed to the Bulldogs once Ben Howland was named as the head coach, but he's expected to be a one-and-done player with his combination of size (6'5") and quickness. He's been compared Emmanuel Mudiay (who went seventh overall to the Denver Nuggets in June's draft), and his explosiveness, finishing ability, and good shooting will make him one of the toughest players to defend in the country.

As Kentucky's latest blue-chip big man, Labissiere has the height (7'0") and elite athleticism to be a dominant, versatile big man on both ends of the floor (though he is at his best blocking shots). He's still extremely raw and needs work the the fundamentals - particularly with his footwork - but has an unlimited amount of potential. Look for him to progress similar to the way Karl-Anthony Towns did under John Calipari last season.

Simmons is the kind of player that gives opposing head coaches nightmares. He has elite NBA size at 6'10" and 240 lbs, and has the ball-handling ability and perimeter skills to play point forward. Simmons is an excellent passer and is a triple-double threat every time he steps on the floor, giving the Tigers the expectation of competing with Kentucky atop the SEC this season.