3 SEC Teams Who Will Lose The Most Talent This Offseason 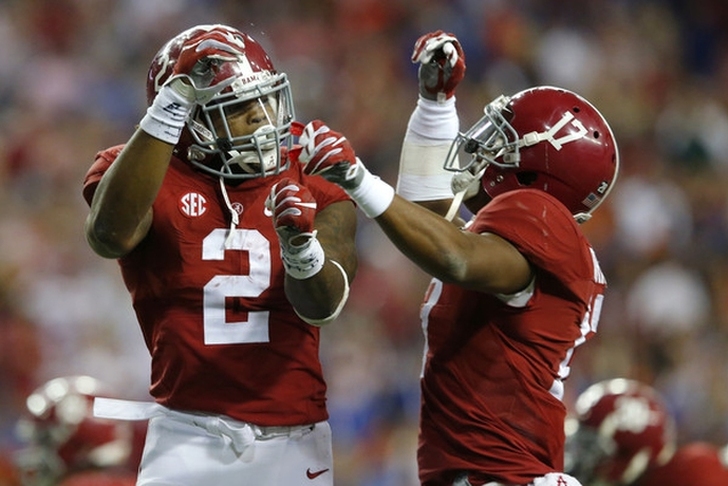 It was a down year for SEC football this year, but the conference was still full of many of the country's best players and top draft prospects. As a result, several teams will look very, very different next year as their top talent moves on to the NFL. Here are the 3 SEC teams that will lose the most talent this offseason:

Ole Miss Rebels
All of Ole Miss' famed recruiting class are now juniors, and all of their best players are expected to declare for the draft. That means no Robert Nkemdiche, Laremy Tunsil, or Laquon Treadwell for the Rebels next year, all of whom are expected to be first-round picks. Ole Miss has another top recruiting class coming in - headlined by two of the top three overall recruits in the country - but it's going to take a lot for them to replace the pure talent moving to the pros.

Alabama Crimson Tide
This is the case for Bama every single season, bu it never gets any easier. Not only will the Crimson Tide have to find a new quarterback with Jake Coker graduating, but they'll need to replace Heisman trophy winner Derrick Henry and his backup, Kenyan Drake, in the backfield. That will severely deplete the offense, but the Tide also need to find a way to replace several key players on defense. Seniors Cyrus Jones, Reggie Ragland, and Jarrad Reed will all be gone, as will star junior defensive lineman A'Shawn Robinson.

New stars emerge for Alabama every single season, but they sure have a lot to replace in 2016.

Florida Gators
The SEC East champs took a surprising leap forward this year, but they could take a step back next year without their key players. Top running back Kelvin Taylor and No. 1 wideout Demarcus Robinson have already declared for the draft, as has star junior cornerback Vernon Hargreaves III.