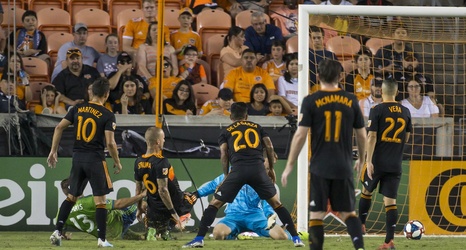 The broadcast angle of Jordan Morris’ goal highlighted the chaotic situation. The reverse angle, especially in slow-motion, showcases how much skill was involved.

First off, this angle definitively shows that if any foul occurred it was AJ Delagarza going over Morris’ back, not an undercut as the Dynamo claimed. Morris has as much right to play the ball and does nothing dangerous I’m holding his ground.

But the magic starts with Morris’ first touch, which is impressively reminiscent of Raul Ruidiaz’s sombrero a couple weeks ago. Even better than the pass to himself, is his second touch when he settles the ball perfectly before poking his shot past the goalkeeper and between two defenders.