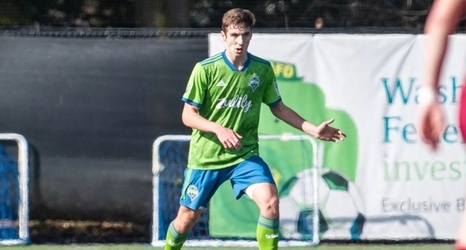 Tacoma Defiance announced that 17-year-old Academy product Eric Kinzner had signed a USL contract ahead of the team’s game against Sacramento Republic FC on Monday. Kinzner, a Tacoma native, had previously made a verbal commitment to play collegiate soccer for the University of Portland.

Kinzner, standing 6-foot-1 and weighing in at 185 pounds, already has the size to hold his own against USL forwards. The skillful centerback is a highly-rated prospect who continues the recent trend of players progressing through each step in the Seattle Sounders development system, having begun with participation in the Sounders Discovery Program.