Tacoma Defiance come roaring back in return to action 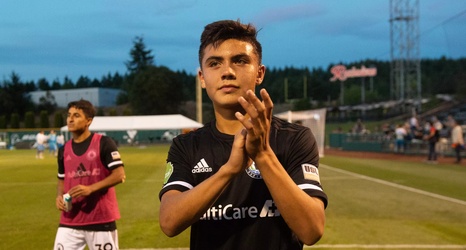 Monday night in Sacramento, Calif., Tacoma Defiance played their first game in over four months. Facing Sacramento Republic FC in their home stadium would usually mean playing in front of 11,000 of their loudest fans, but this time Papa Murphy’s Park was empty. As USL returns to play this strange sight will become less uncommon, and contrasted with the scenes from Louisville City FC’s stadium opening, the empty stadium seemed the less strange of the two.

It didn’t always look like Defiance were going to come away with a result that they’d be happy with. After an Alec Diaz goal in the opening minute, Tacoma was almost immediately put under pressure as Republic’s constant attack kept them pinned in their defensive end.