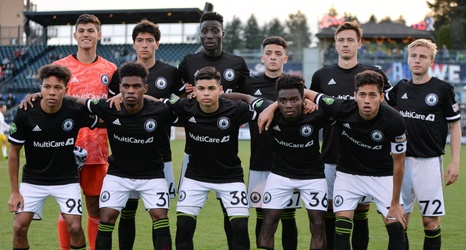 The roster for Tacoma Defiance is taking shape as the team announced a handful of roster moves heading into the off-season. Four players have signed new contracts, two players had their options picked up, and seven players have been released, leaving the roster for 2020 at a total of 12 signed players.

The Australians — Jesse Daley and Antonee Burke-Gilroy — have been signed to new deals, as have former Sounders Academy players Shandon Hopeau and Nick Hinds, meaning that the team’s first choice fullbacks will be staying in Tacoma next season. Daley and Hopeau were constants in the midfield, with Daley acting as a key figure in Chris Little’s double-pivot while Hopeau’s development as a threat from the wing was one of the major narratives of 2019.