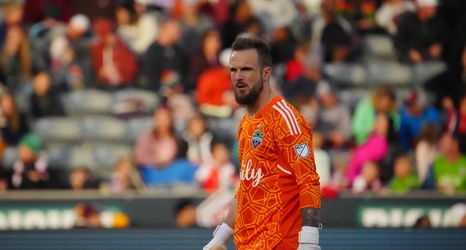 TUKWILA — Just like virtually everyone who learned of Tuesday’s elementary school shooting in Uvalde, Texas, Stefan Frei is angry. Yes, he’s angry that 19 children and two adults were needlessly murdered. But he’s also angry that similar horrors continue to happen with virtually nothing changing.

“I feel a lot of anger that we’re still in the exact same place,” Frei told reporters after Wednesday’s training session. “Every freaking time, it’s ‘thoughts and prayers.’ It doesn’t mean shit, honestly. It doesn’t help anything. We need some actual action.”

Since becoming a U.S. citizen in 2017, Frei has made a habit of speaking his mind on various non-soccer topics.