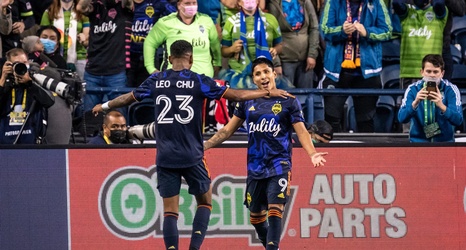 The Seattle Sounders are headed to Las Vegas for the Leagues Cup Final! Seattle took a 1-0 win over Santos Laguna thanks to a goal from Raúl Ruidíaz in the final minute of stoppage time. This is what the Leagues Cup should be. Even though the first half ended 0-0 and the crowd was sparse, the game was undeniably fun. The Brothers Roldan were vibing all up and down the right side, Raúl Ruidíaz and Fredy Montero were absolutely “trying sh*t” in a purely Clint Dempsey sense of the phrase, everyone was having a great time.

The second half was a tougher row to hoe, but the Sounders continued to push despite the stones in their path.