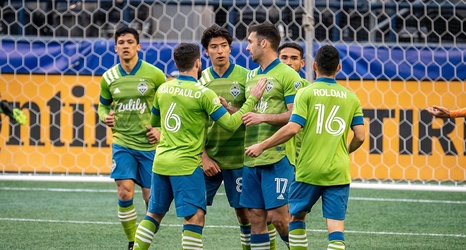 SEATTLE — Will Bruin made sure the Seattle Sounders closed out their preseason on a positive note, scoring the lone goal in a 1-0 win over USL Championship side San Diego Loyal on Saturday.

Despite the lack of scoring, the Sounders looked reasonably sharp and dominated from start to finish. In addition to his goal, Bruin had another 1-v-1 chance and set up Fredy Montero for a glorious opportunity early on. In the second half, Raúl Ruidíaz replaced Bruin and managed to squeeze off at least seven shots, hitting the post once and forcing Trey Muse to come up with big saves on several occasions.