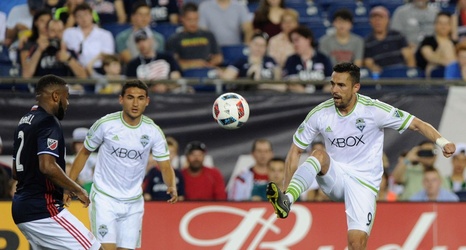 LINEUPS: Raul Ruidiaz returns to the lineup after missing the last two matches with a concussion. Jordy Delem also replaces Danny Leyva at holding mid, meaning the Sounders will likely play with Cristian Roldan at the 8 and Delem at the 6 rather than the duel 8 system they played with Roldan and Leyva last week.

This is not the New England Revolution team you probably remember fumbling about under Brad Friedel. Believe it or not, their roster actually looks pretty formidable and their 7-1-4 record under Bruce Arena is no fluke. The Sounders will likely have their hands full.