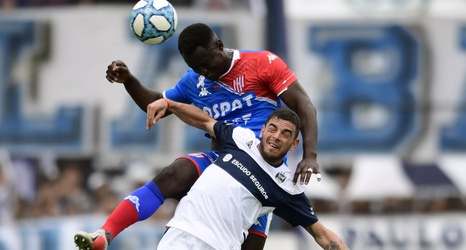 When the Seattle Sounders signed Xavier Arreaga last May, it was with the hope that they had secured a longterm solution at centerback. Now, they might have his longterm partner.

The Sounders finally announced their signing of Colombian Yeimar Gomez Andrade on Wednesday, confirming rumors that have been circulating for about two weeks. The Sounders used Targeted Allocation Money to sign Yeimar, who will occupy an international roster spot and leave the team with one spot available to fill. Reports out of Argentina suggested the Sounders paid a transfer fee of between $1.