Sounders Primeblue jerseys unveiled ahead of Protect Our Planet Match 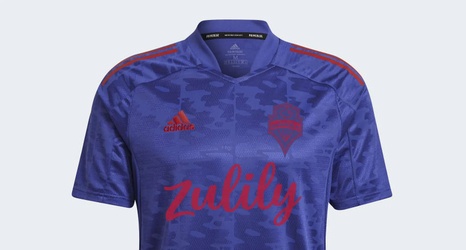 The Seattle Sounders will be sporting a different look from either of the kits the team’s worn so far in 2022 when they host Charlotte FC on Sunday, May 29. Both teams will be wearing their Primeblue kits, part of Adidas and MLS’s collaboration with Parley making jerseys using recycled ocean plastic. This marks the fifth time that the Sounders have participated in the program since the initial launch that included only four teams in 2017 - there were no Parley kits in 2020.

This year’s Primeblue kits include a white kit with “Glow Pink” accents that are a sort of peach color with a metallic finish, as well as the “Semi Night Flash” kit with scarlet accents that the Sounders will be wearing.