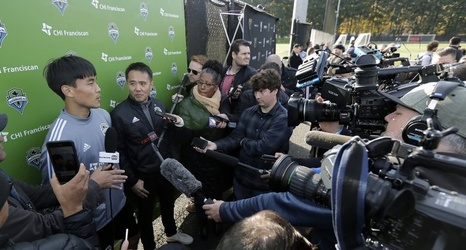 The Sounders center back is new to the MLS Cup Final hooplah and talked about the visible differences like media attention and off-field responsibilities. It’s all part of his quick study of American culture, following the South Korean’s move to Seattle in February 2018 after five seasons playing in China.

“I feel the heat from media, fans and all of those around,” Kim said Friday through an interpreter. “I hope this is a historic year for the city of Seattle. I’m very glad that I’m part of it.”

Kim had to adapt to multiple partners on the backline in addition to improving his English to communicate better with teammates, many also learning with Spanish being their first language.