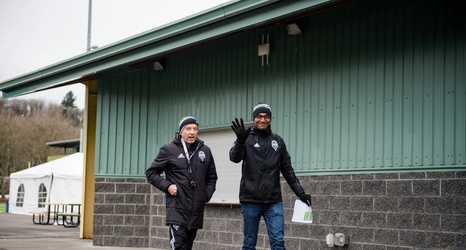 Ravi Ramineni — long considered one of the top data analysts in MLS — will be leaving the Seattle Sounders, GM and President of Soccer Garth Lagerwey announced during the Alliance Annual Business Meeting on Thursday.

It was not immediately clear what Ramineni will be doing next, but it comes less than a year after he had received a title promotion to VP of Soccer Analytics and Research. Ramineni has been with the Sounders since 2012 when he first started helping then High Performance Director Dave Tenney make sense of the fitness data he was already starting to gather.