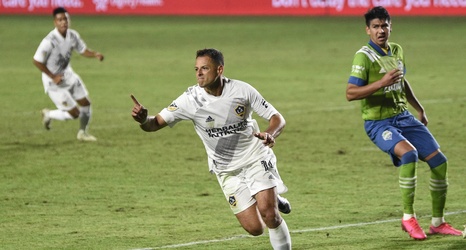 When we last left the LA Galaxy at the end of the 2020 season, the former flagship team of MLS had missed the playoffs for third time in four seasons, fired their high-profile manager, and their blockbuster signing capped off an injury-plagued season with a whopping two goals.

It’s been a stunning fall from grace for the league’s most decorated team, and it seems a long way from even a couple of years ago when Zlatan was dragging the Galaxy to the playoffs — and relevance. So when the Sounders take on the upstart Galaxy on Sunday, the defending Western Conference champions will look to maintain their recent dominance over the league’s crown jewel that has seen them lose just two of their past 15 meetings with their former “bogey” team.