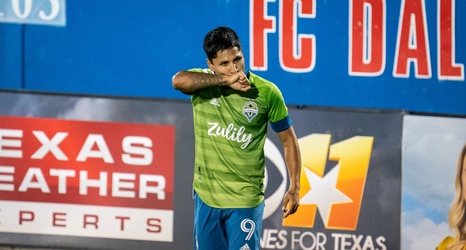 Although not surprising, the Seattle Sounders have picked up the club option for the 2022 season on Raúl Ruidíaz. This is potentially the first step toward starting contract extension negotiations.

That was at least how things developed for Nicolás Lodeiro last season when the Sounders came to terms with the Uruguayan on his three-year deal before the playoffs. That approach proved successful and is one reason why Garth Lagerway could go that route to secure the franchise’s second-highest-paid player.

Most players expect to get an extension that secures their future well before their option year; there are even quite a few that remain confused at the concept behind a club option or simply dislike the idea behind it as it’s rare outside MLS.