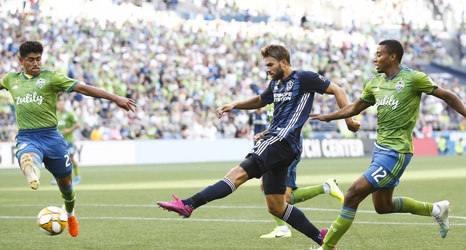 The Seattle Sounders’ quest for MLS dominance continues tonight against the LA Galaxy in Carson, Calif. These two teams haven’t played each other yet this season, which is a refreshing change of pace given the insanity of the MLS regular season this year. Both teams are coming off losses on Wednesday night. The Galaxy lost 2-0 to Real Salt Lake and the Sounders lost to Portland.

Back to basics: It feels sort of stupid to say that one of the things we’d like to see is the Sounders win the game, but if the Sounders want to keep their top spot in the West, they need to win this game.